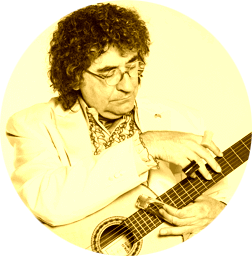 Francesc de Paula Soler, was born into a well-known Spanish artistic family beginning his musical and piano studies at the age of 6. At age of 11, he began to study guitar and received highest honors in the prestigious Conservatorio Superior de Música of Barcelona, Spain. After that, he continued his postgraduate work with Andrés Segovia and also received guitar orientations from Narciso Yepes in addition to the most important Latin American guitarists. Some important composers have written guitar works and concerts for him. He has broadcasted for several radio & T.V. stations in both Europe, United States and Latin America.

Called the new Poet of the Guitar, Maestro Soler's wide international activity as a performer, has brought critics to hail him as one of the most notable artists of the guitar world.